MUST SEE IN Uzbekistan 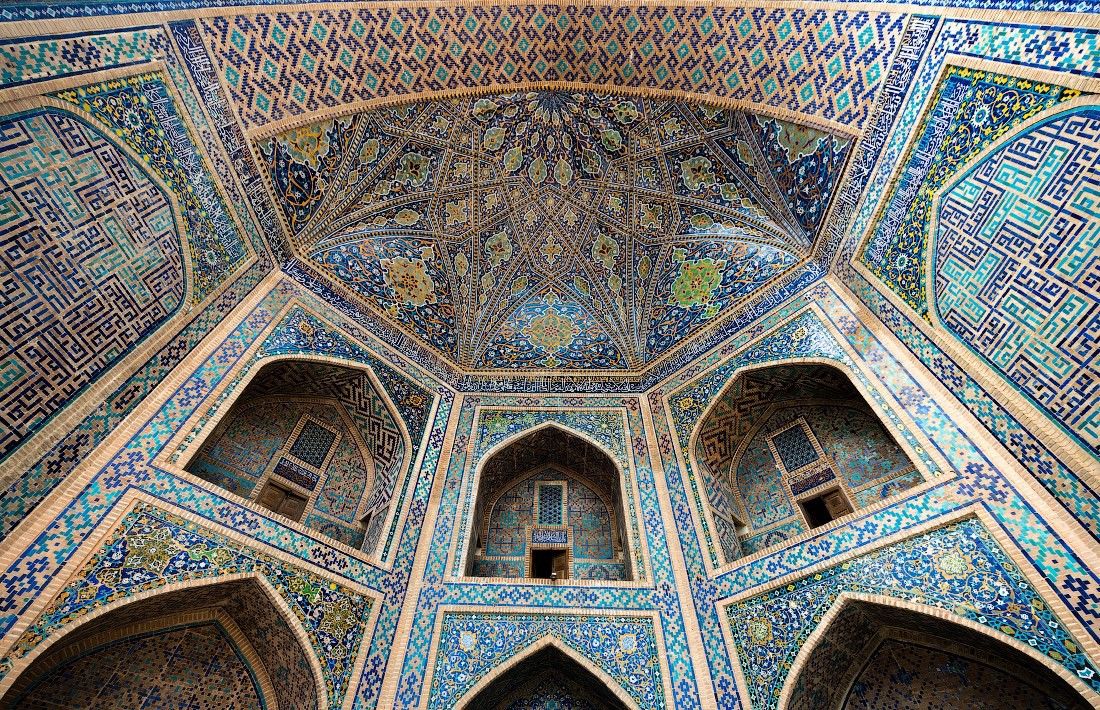 This ensemble of majestic, tilting medressas – a near-overload of majolica, azure mosaics and vast, well-proportioned spaces – is the centrepiece of the city, and arguably the most awesome single sight in Central Asia. The Registan, which translates to ‘Sandy Place’ in Tajik, was medieval Samarkand’s commercial centre and the plaza was probably a wall-to-wall bazaar.

The three grand edifices here are among the world’s oldest preserved medressas, anything older having been destroyed by Chinggis Khan. They have taken their knocks over the years courtesy of the frequent earthquakes that buffet the region; that they are still standing is a testament to the incredible craftsmanship of their builders. The Soviets, to their credit, worked feverishly to restore these beleaguered treasures, but they also took some questionable liberties, such as the capricious addition of a blue outer dome to the Tilla-Kari Medressa. For an idea of just how ruined the medressas were at the start of the twentieth century, check out the excellent photo exhibit inside the Tilla-Kari Medressa. 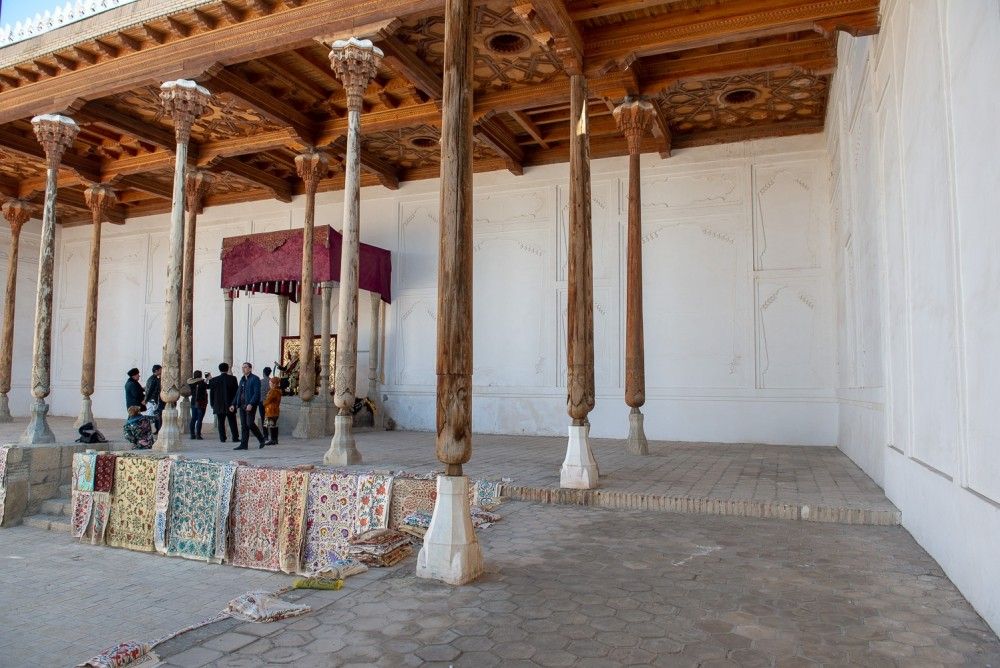 The spectacular-looking Ark, a royal town-within-a-town, is Bukhara’s oldest structure, occupied from the 5th century right up until 1920, when it was bombed by the Red Army. It’s about 80% ruins inside now, except for some remaining royal quarters, now housing several museums . At the top of the entrance ramp is the 17th-century Juma (Friday) Mosque . Turn right into a corridor with courtyards off both sides. First on the left are the former living quarters of the emir’s kushbegi (prime minister), now housing an archaeological museum and a nature museum where you can see what healthy cotton looks like (in contrast to the forlorn, stunted variety you’ll see growing in central Uzbekistan). 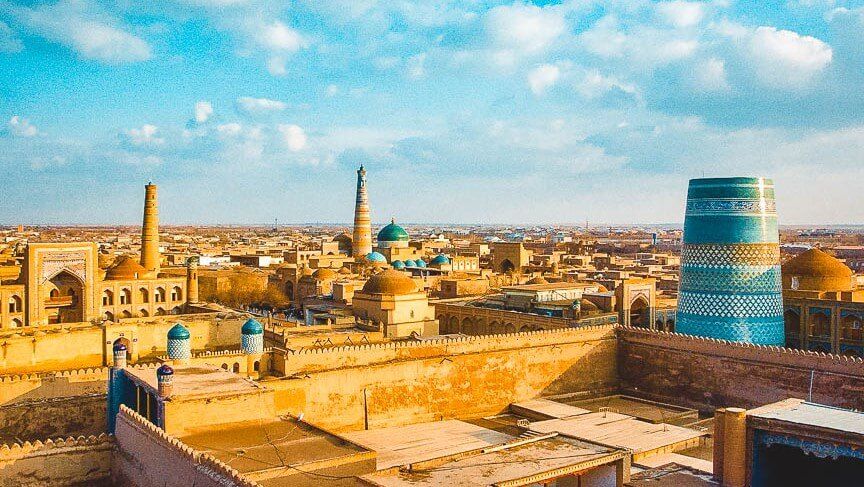 Just south of the Kuhna Ark stands the fat, turquoise-tiled Kalta Minor Minaret. This unfinished minaret was begun in 1851 by Mohammed Amin Khan, who according to legend wanted to build a minaret so high he could see all the way to Bukhara. Unfortunately, the khan dropped dead in 1855 and it was never finished, leaving the beautifully tiled structure looking distinctly unusual and rather stumpy. It’s currently not possible to climb the structure. East of the minaret, beside the medressa, is the small, plain Sayid Alauddin Mausoleum , dating to 1310 when Khiva was under the Golden Horde of the Mongol empire. You might find people praying in front of the 19th-century tiled sarcophagus. 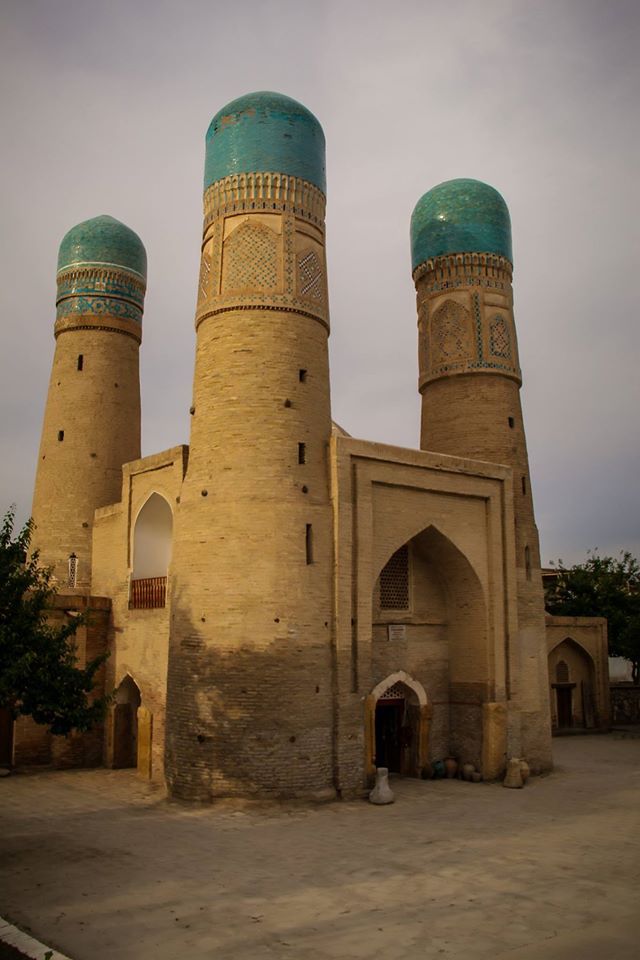 Photogenic little Char Minar, in a maze of alleys between Pushkin and Hoja Nurabad, bears more relation to Indian styles than to anything Bukharan. This was the gatehouse of a long-gone medressa built in 1807. The name means ‘Four Minarets’ in Tajik, although they aren’t strictly speaking minarets but rather decorative towers. 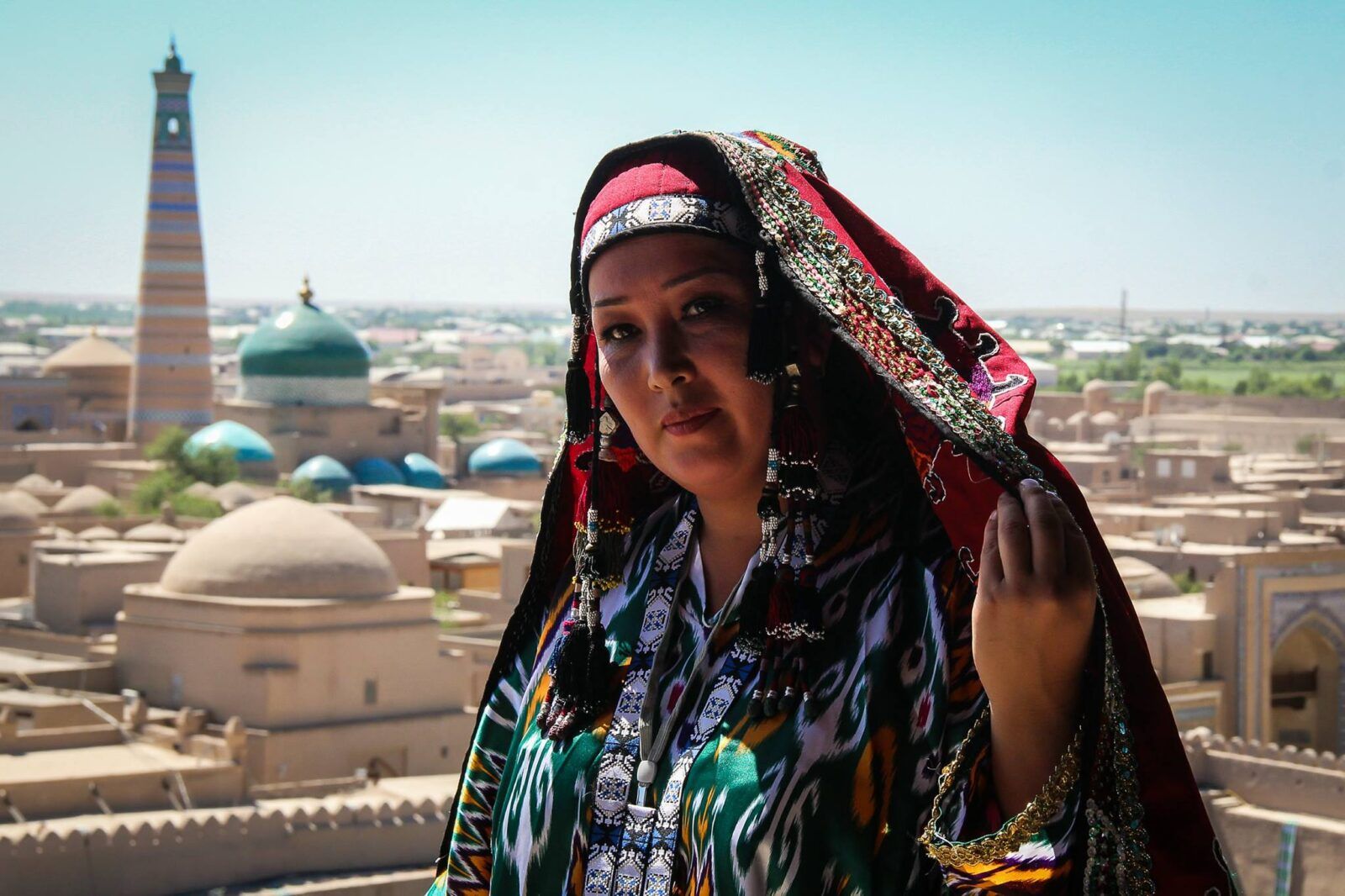 Khiva’s name, redolent of slave caravans, barbaric cruelty, terrible desert journeys and steppes infested with wild tribesmen, struck fear into all but the boldest 19th-century hearts. Nowadays it’s a friendly and welcoming Silk Road old town that’s very well set up for tourism, and a mere 35km southwest of the major transport hub of Urgench.
The historic heart of Khiva has been so well preserved that it’s often criticised as lifeless – a ‘museum city’. Even if you subscribe to that theory, you’ll have to admit that it’s one helluva museum. To walk through the walls and catch that first glimpse of the fabled Ichon-Qala (inner walled city) in all its monotoned, mud-walled glory is like stepping into another era. You can see it all in a daytrip from Urgench, but you’ll absorb it better by staying longer. Khiva is at its best at dawn, sunset and by night, when the moonlit silhouettes of the tilting columns and medressas, viewed from twisting alleyways, work their magic. 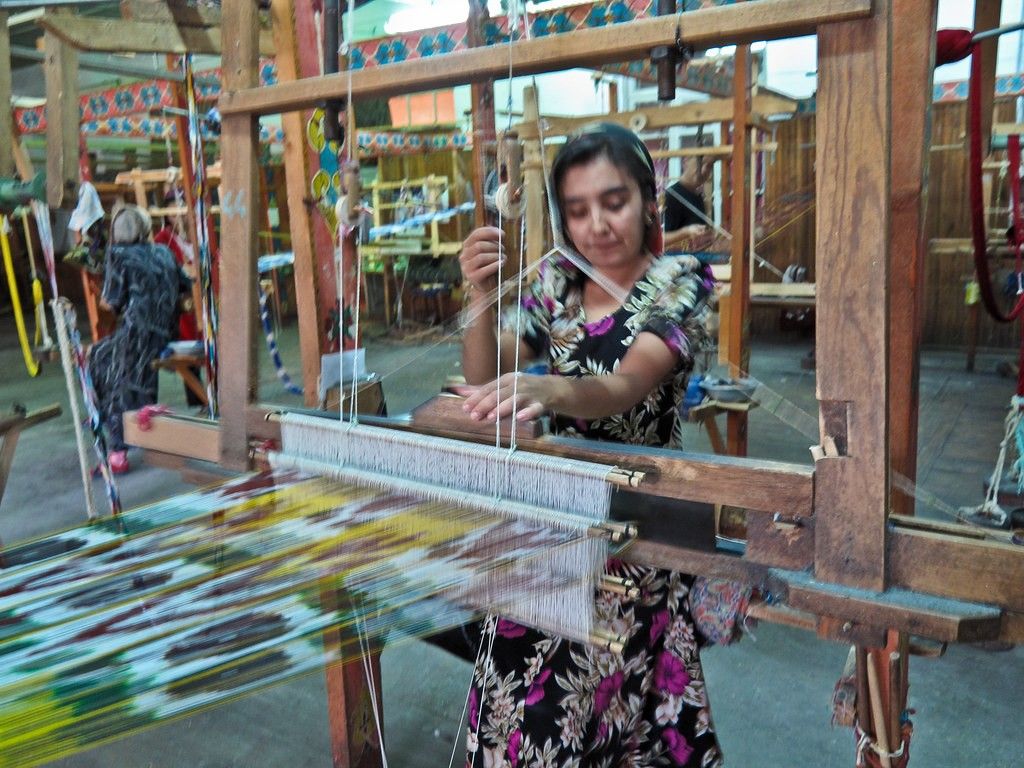 Margilon’s main attraction is this fascinating factory, which can be explored on a tour where you’ll witness traditional methods of silk production from steaming and unravelling the cocoons to the weaving of the dazzling khanatlas (hand-woven silk, patterned on one side) fabrics for which Margilon is famous. After the tour (available in English, French, Russian or German), you can buy silk by the metre and offset your purchases against your entry fee. There is also premade clothing, carpets and embroidered items for sale.
Sign up for newsletters