MUST SEE IN Azerbaijan

This tapering 29m stone tower is Baku’s foremost historical icon with rooftop views surveying Baku Bay and the Old City. Possibly millennia old, its original date of construction is the subject of much debate, though much of the present structure appears to be 12th century. The Azeri name, Qız Qalası, is usually rendered ‘Maiden’s Tower’ in English, leading to plenty of patently fictitious fairy tales. Various versions are considered in the imaginative little multimedia installations that adorn several floors of the tower’s interior. A better translation of Qız Qalası would be ‘Virgin Tower’, alluding to military impenetrability rather than any association with tragic females. It was certainly an incredibly massive structure for its era, with walls 5m thick at the base and an unusual projecting buttress.

PALACE
OF THE
SHIRVANSHAHS

This sandstone palace complex was the seat of northeastern Azerbaijan’s ruling dynasty during the Middle Ages. Mostly 15th century in essence, it was painstakingly (over)restored in 2003 with museum items added since, including one or two entertaining audio-visual surprises. Enter via the main ceremonial courtyard. A small gateway on the left leads into the courtyard of the 1428 Divanxanə, an open-sided, octagonal rotunda where Shirvanshah Khalilullah I once assembled his court: a decidedly small court it would seem, judging from the structure’s diminutive size. 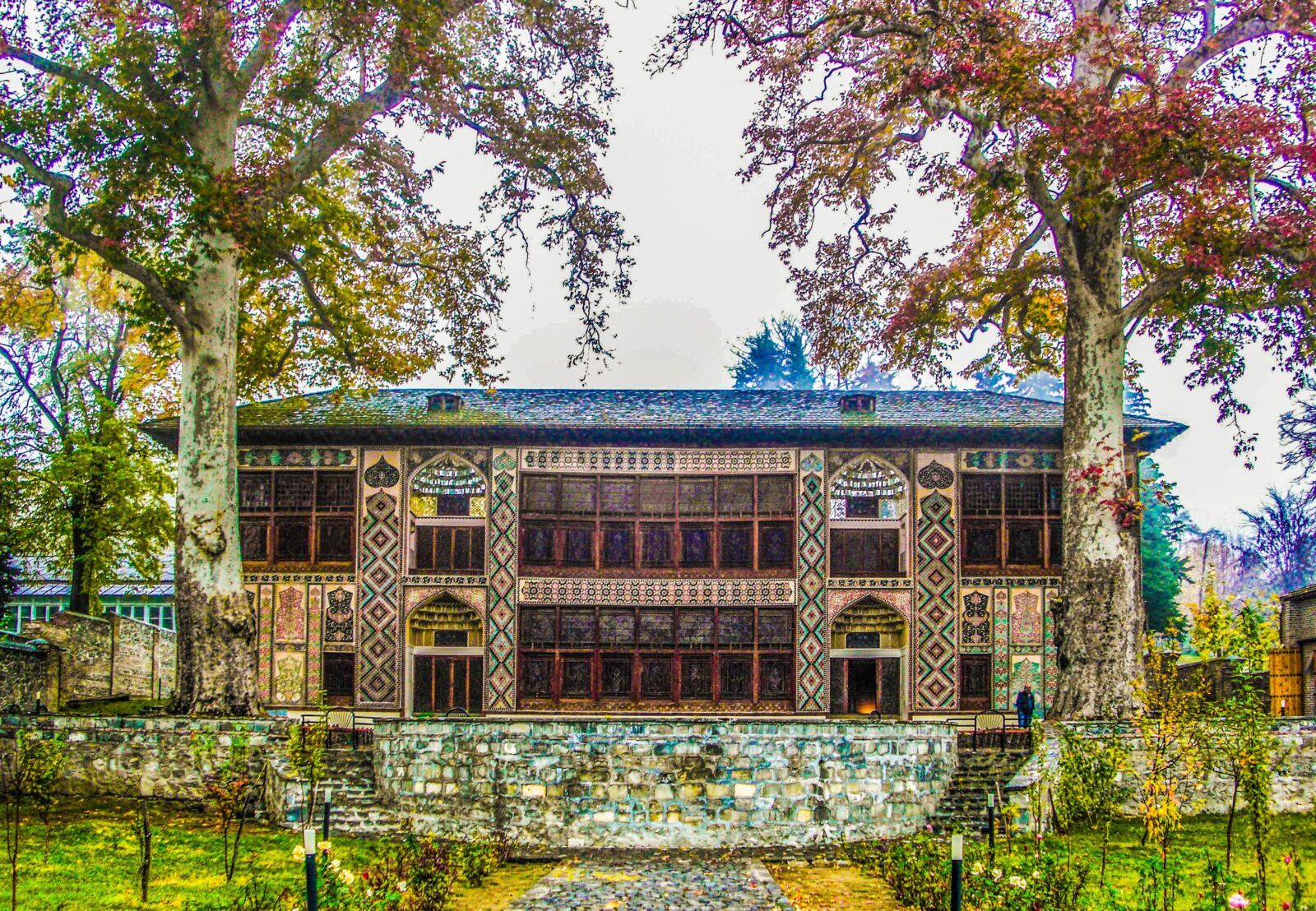 Unlike the Heydar Aliyev Center which is all sleek lines and curves, the Xan Sarayi or Palace of Shaki Khans is angular, intricate and colorful. It was once the summer house of the Shaki Khans, built in 1797. Sadly it is the only building still standing on the site that once contained a winter palace and almost 40 other buildings. In the 1950s and 60s it underwent a 10 year restoration, and then again in 2002, making sure it doesn’t face the same fate as its neighbors. The palace is surrounded by a walled rose garden and trees that are more than 500 years old. The exterior is beautifully and colorfully painted and inlaid with strong colors. It’s one of the most popular places to visit in Azerbaijan. 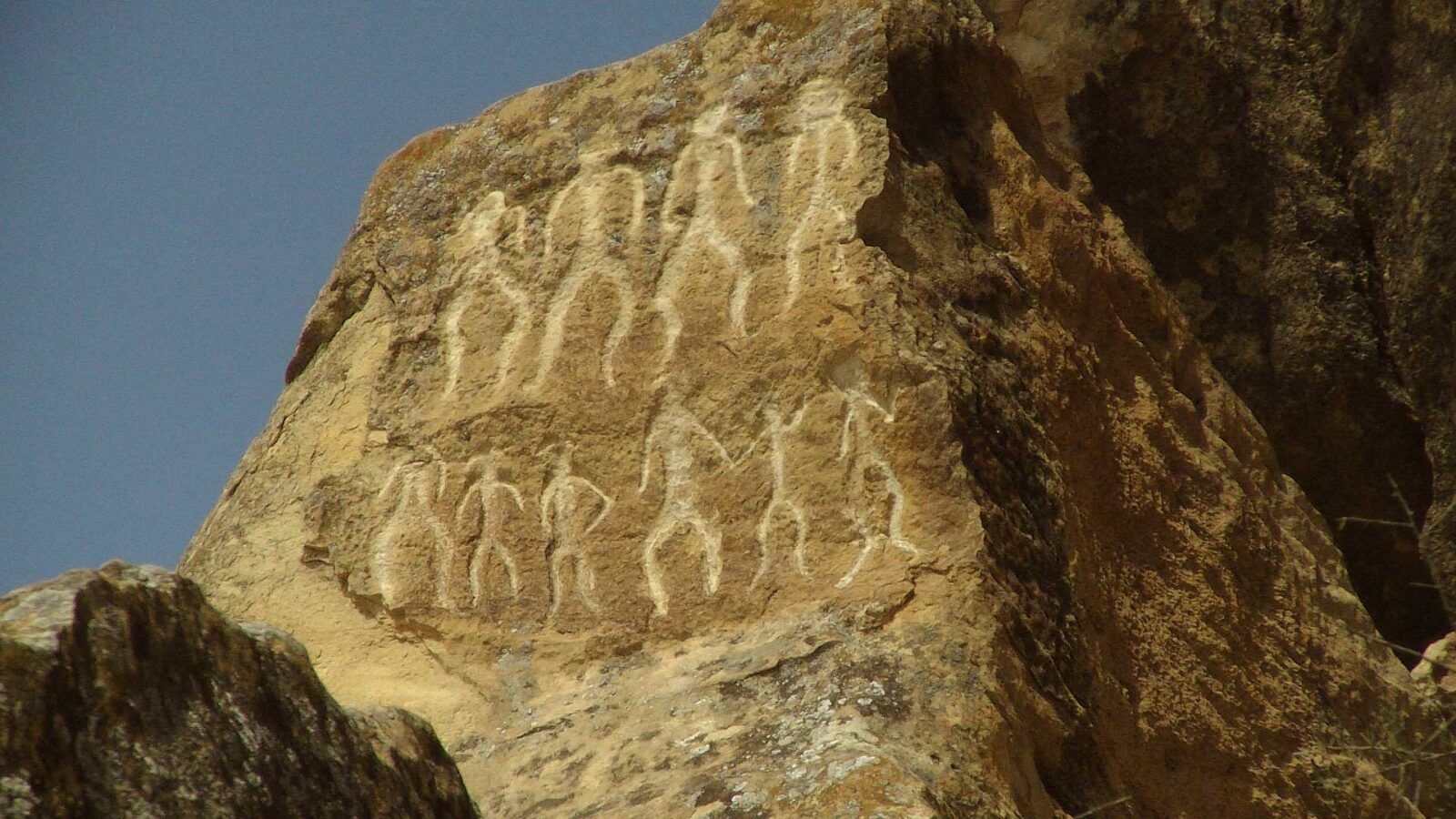 The Unesco-listed Qobustan Petroglyph Reserve protects thousands of stick-figure stone engravings dating back up to 12,000 years. Themes include livestock, wild animals and shamen. They were carved into what were probably caves but over time have crumbled into a craggy chaos of boulders. A visit starts 3km west of Qobustan at a state-of-the-art new museum, which gives context to what you will see on the mountain ridge 2km above. English-speaking staff offer guided tours to assist you spotting and deciphering the petroglyphs. But alone you’ll still be able to spot the key scratchings. Don’t miss the spindly reed boat sailing towards the sunset. Comparing this with similar ancient designs in Norway led controversial ethnologist Thor Heyerdahl to suggest that Scandinavians might have originated in what is now Azerbaijan. Even if you have no particular interest in ancient doodles, Qobustan’s eerie landscape and the hilltop views towards distant oil-workings in the turquoise-blue Caspian are still fascinating. 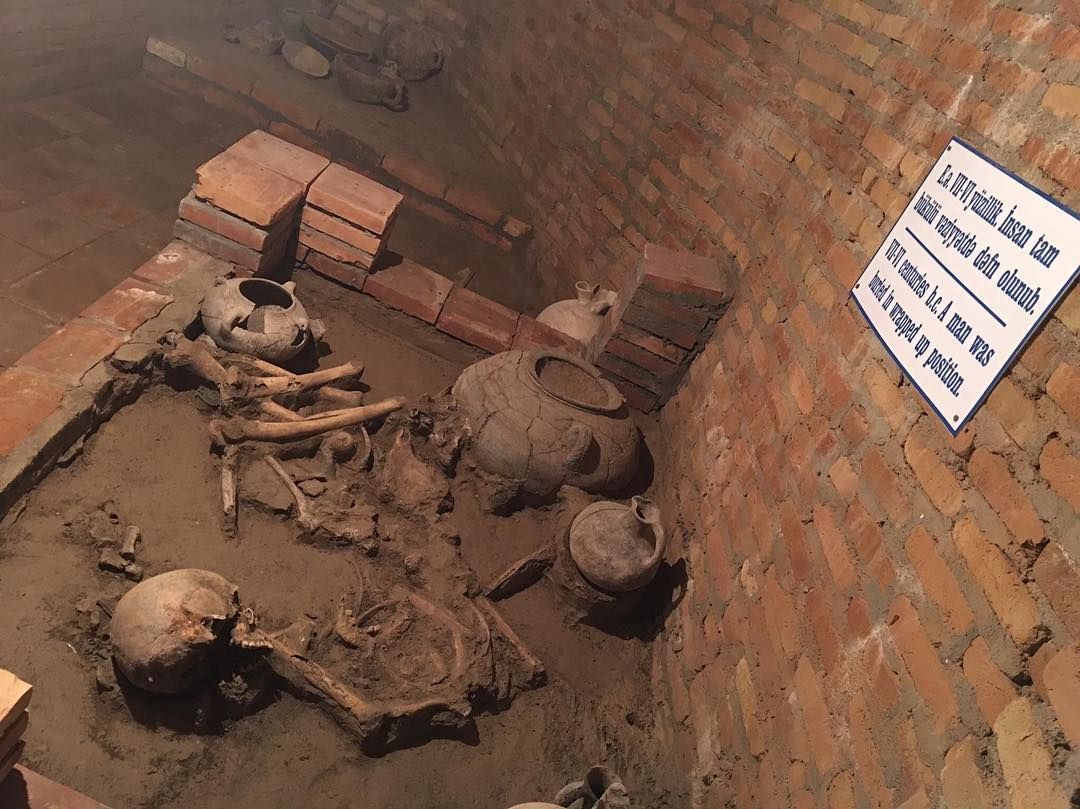 The excavation of this underground labyrinth in Fazil, Azerbaijan, was a labour of love for two local archaeologists and enthusiastic helpers from around the world. There’s more than a dozen underground grave sites that date from the 2nd to 7th centuries BC and are still exactly as they would’ve been back then, complete with bones and other traditional burial artifacts. You can walk through the labyrinth of tombs by appointment with the local tourist office. There are English signs but no guides, but it’s still well worth the visit.
Sign up for newsletters