MUST SEE IN china 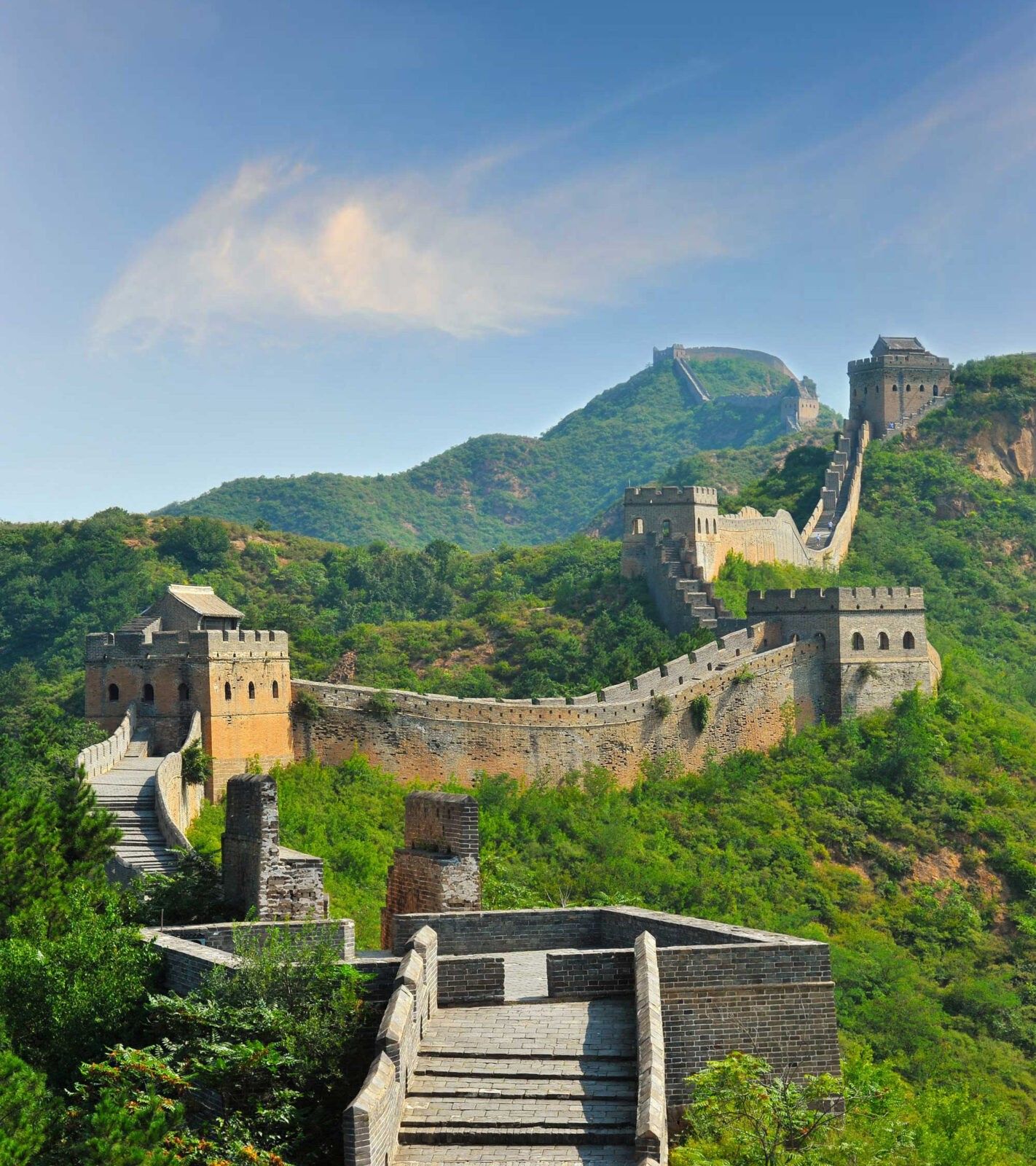 A walk along the Great Wall of China ranks high on the wish list of many travelers and today’s excursion will confirm it is one of the world’s greatest travel experiences. Travel 43 miles (70 kilometers) by private vehicle northeast of Beijing to the Mutianyu section of the Great Wall, known for its beautiful surroundings of dense woods and rich pastures changing colors with each season of the year. Linger at the towers and broad promenades; contemplate on the spectacular scenery and the lives lost in building this monumental construction that never truly fulfilled its purpose. There is ample time to stroll along its ancient stone promenade and photograph the wall as it winds across impossibly steep mountain areas. A cable car is available to help visitors and is included in today’s tour. Following a local Chinese lunch, drive to the Ming Tombs, which lie in a valley to the south of the Tianshou Mountains in Changping district, about 30 miles (48 km) northwest of Beijing. The tombs are set into the hillsides sheltering well-preserved artifacts of 13 emperors from the Ming Dynasty (1368-1644 AD). 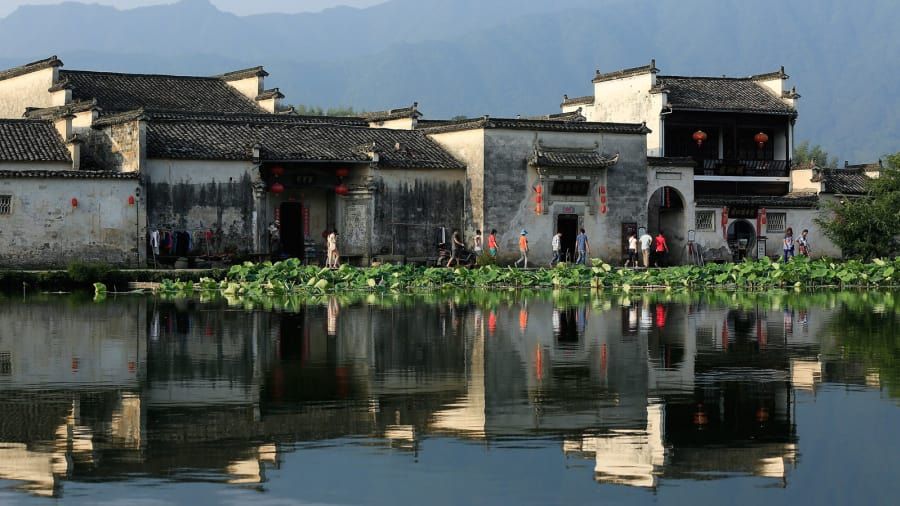 The 900-year-old village of Hongcun has long drawn in-the-know Chinese visitors, who love its tranquil vibe and distinctive architecture. The striking Huangshan mountain backdrop (see No. 2) doesn’t hurt, either. Its classic structures, Moon Lake and picturesque locals have been an inspiration for art students for decades.
Walking the narrow lanes paved with quartzite and seeing farmers working in rice fields, with the reflection of ancient houses in the lake, should provide enough material to get you started on your own visual masterpiece.

The Forbidden City ceased to be the seat of Qing (Manchu) imperial government with the Chinese Revolution of 1911–12. Although some of the ancient buildings (which had been repaired and rebuilt since the 15th century) were lost to the ravages of the revolution and during the war with Japan (1937–45), the site was maintained as a whole.
Puyi, the last Qing emperor, was permitted to live there after his abdication, but he secretly left the palace (and Beijing) in 1924. In the late 20th century several of the palace buildings were restored. 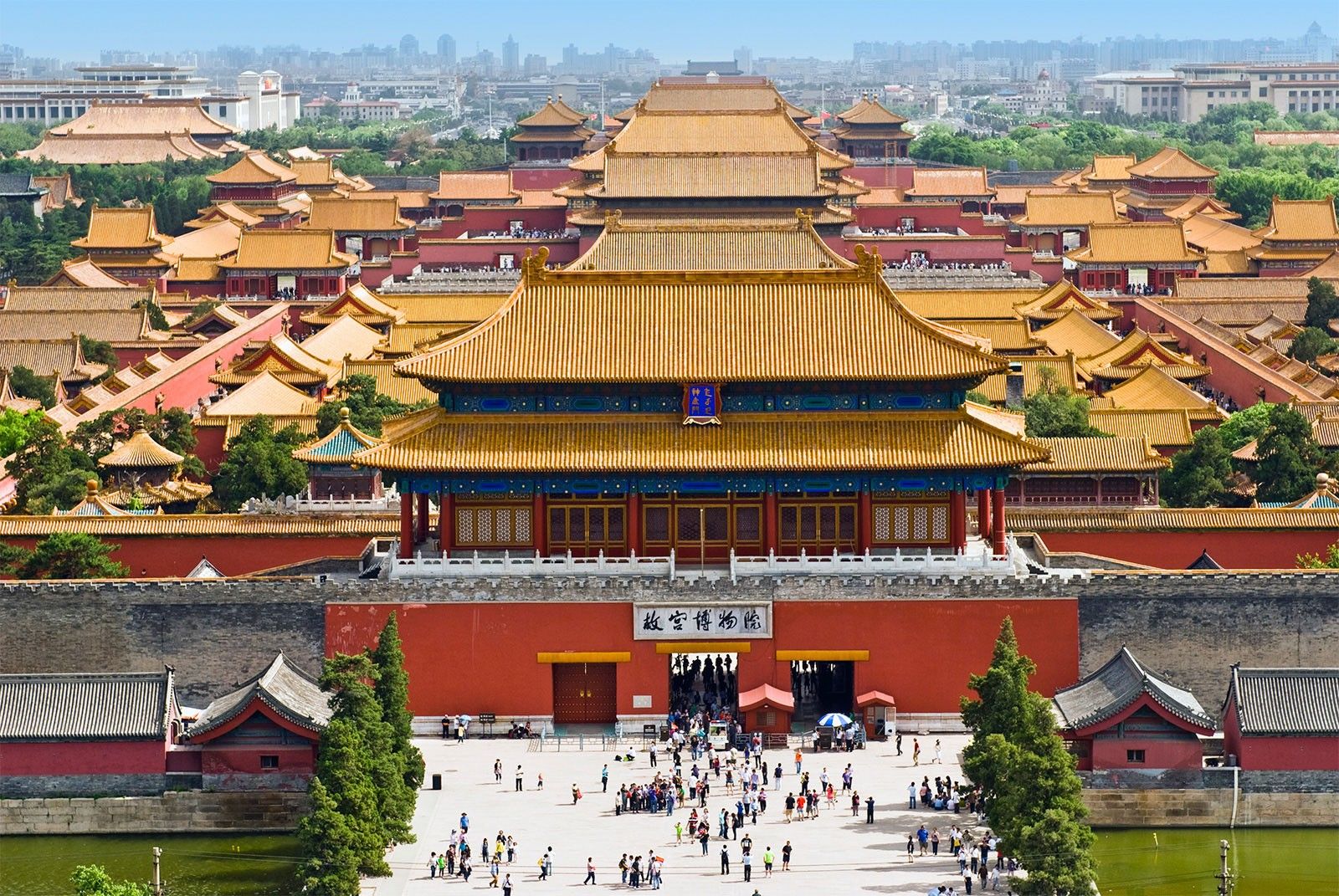 A marvel of Chinese garden design and one of Beijing’s must-see attractions, the Summer Palace was the royal retreat for emperors fleeing the suffocating summer torpor of the old imperial city and, most recently, the retirement playground of Empress Dowager Cixi. It merits an entire day’s exploration, although a (high-paced) morning or afternoon exploring its waterways, pavilions, bridges and temples may suffice.

The domain had long been a royal garden before being considerably enlarged and embellished by Emperor Qianlong in the 18th century. He marshalled an army of labourers to deepen and expand Kunming Lake (昆明湖; Kunming Hú), originally a reservoir dug in the Yuan dynasty, and reputedly surveyed imperial navy drills from a hilltop perch.

Anglo-French troops vandalised the palace at the end of the Second Opium War in 1860. Empress Dowager Cixi launched into a refit in 1888 with money earmarked for a modern navy; the marble boat at the northern edge of the lake was her only nautical, albeit quite unsinkable, concession. Foreign troops, angered by the Boxer Rebellion, had another go at torching the Summer Palace in 1900, prompting further restoration work. By 1949 the palace had once more fallen into disrepair, eliciting a major overhaul.

Get your Special Price Now!