Must See in Russia

Enigmatically unusual with two peaks – the western at 5642m and eastern at 5621m – bulges nearly 1000m above anything else in the vicinity. This volcanic cone has upper slopes reputedly coated in ice up to 200m thick; numerous glaciers grind down its flanks and several rivers start here. The name ‘Elbrus’, meaning ‘Two Heads’ comes from Persian. In Balkar it’s ‘Mingi-Tau’ (meaning ‘thousands’, ie very big mountain).

Mainly set in the magnificent Winter Palace and adjoining buildings, the Hermitage fully lives up to its sterling reputation. You can be absorbed by its treasures for days and still come out wanting more. The enormous collection (over three million items, only a fraction of which are on display in around 360 rooms) almost amounts to a comprehensive history of Western European art. Viewing it demands a little planning, so choose the areas you’d like to concentrate on before you arrive.

Set in pretty rolling dales 25km southeast of Arkhangelsk’s centre, this delightful open-air Malye Karely Wooden Architecture Museum is Arkhangelsk’s foremost attraction. Featuring dozens of 16th- to 19th-century wooden buildings relocated here from rural villages during the 1970s – churches, windmills, peasant houses and barns, its authentic surrounds have been used as a film set on local and international productions. The museum is divided into four sectors, with buildings grouped according to their geographical origin.

This imposing, stone-walled monastery is the heart and soul of the Solovetsky Islands. Founded in 1429, it has played various roles throughout its existence: a hermit’s retreat, a vibrant religious community, a rebel enclave that held out against the Patriarch of the Russian Orthodox Church, a fortress victorious against British warships, a gulag for the Soviet Union’s damned and a museum. Revived post-perestroika , it flourishes once more as a spiritual institution.

The Armoury dates back to 1511, when it was founded under Vasily III to manufacture and store weapons, imperial arms and regalia for the royal court. Later it also produced jewellery, icon frames and embroidery. To this day, the Armoury still contains plenty of treasures for ogling, and remains a highlight of any visit to the Kremlin. If possible, buy your time-specific ticket to the Armoury when you buy your ticket to the Kremlin.

Founded in the 14th century to protect the town’s northern entrance, Suzdal’s biggest monastery grew mighty in the 16th and 17th centuries after Vasily III, Ivan the Terrible and the noble Pozharsky family funded impressive new stone buildings, and big land and property acquisitions. It was girded with its great brick walls and towers in the 17th century.

While Peter’s palace was relatively modest, Rastrelli grossly enlarged the building for Empress Elizabeth. Later, Catherine the Great toned things down a little with a redecoration, although that’s not really apparent from the glittering halls and art-filled galleries that are here today. All the paintings, furniture and chandeliers are original, as everything was removed from the premises before the Germans arrived in WWII. The Chesme Hall is full of huge paintings of Russia’s destruction of the Turkish fleet at Çesme in 1770. Other highlights include the exquisite East and West Chinese Cabinets , Picture Hall and Peter’s study. The Throne Room is the biggest in the palace, and the centrepiece is Peter’s red velvet throne, while the Picture Hall lives up to its name, with hundreds of portraits crowding its walls.

Also known as the Museum of Ethnology and Anthropology, the Kunstkamera is the city’s first museum and was founded in 1714 by Peter himself. It is famous largely for its ghoulish collection of monstrosities, preserved ‘freaks’, two-headed mutant foeti, deformed animals and odd body parts, all collected by Peter with the aim of educating the notoriously superstitious Russian people. While most rush to see these sad specimens, there are also very interesting exhibitions on native peoples from around the world. 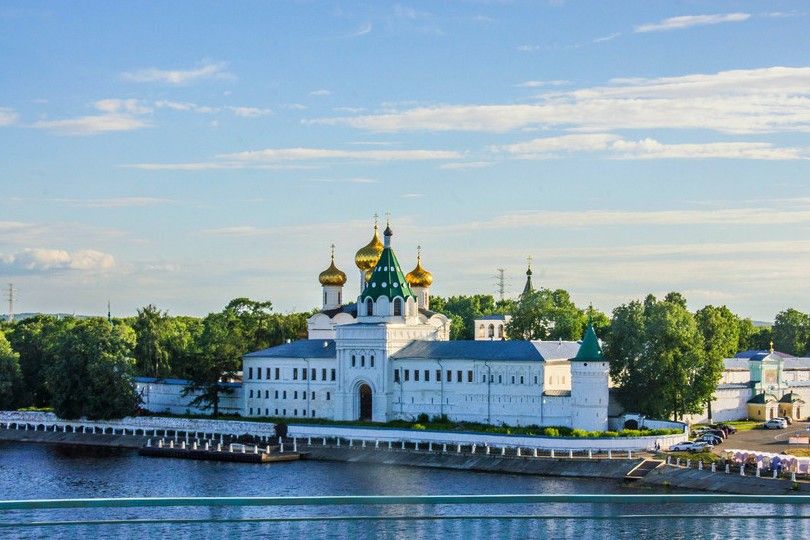 There is a bizarre similarity in the names of the Romanov dynasty’s start and end points. The last tzar’s family was executed in engineer Ipatyev’s house in Yekaterinburg, while St Ipaty Monastery in Kostroma – standing at the confluence of the Volga and the smaller Kostroma River – is where a large delegation of citizens came in 1613 to insist that the young Mikhail Romanov accept the Russian throne, thus ending the Time of Troubles and Polish intervention.